A moment of jubilation caught in PITCAIRN

When approaching a work of art, an observer has a number of options. For instance, one might read the description beforehand, gaining certain context before meeting the work. Another would disregard the act of reading and focus entirely on the piece, so to say, allowing oneself to independently experience. The third perhaps would choose to only hear about the work be it from the artist himself/herself, another observer, an art critic, etc. The fourth would simply pass by the work not performing any action.

The sequence in which these options are applied significantly affects the narrative that the observer forms about the work. Moreover, the infinite paths of interpretation that follow after the familiarization with the work call upon what Roland Barthes firmly stated in the essay “The Death Of The Author”, emphasizing the notion that the viewer is solely responsible for the creation of meaning-making1, and suggesting that the work of art should exist on its own.

For the edition of Sara Postolle’s work Soon displayed in PITCAIRN museum of contemporary art, I have taken upon two options of observation:  having an open interpretation while solely glancing at the work. Thereby creating a personal narrative suggested by the artist’s installation. While for the second opportunity, inviting the artist for a cup of coffee. Meeting the work through the perspective of an artist. And searching for paths where both points of observation meet.

Warm brown sand and a lone palm tree appear to be the major indicators that PITCAIRN has morphed into a desolate, desert-like environment. There stands a replica of a bus stop- on its bench, a leftover book. The yellow lighting allows me to believe it must be warm. The billboard on the space’s pristine white walls, on the other hand, entices my full attention. It inquires a statement: “WHEN WILL YOU RETURN”. The main elements are displayed in an environment that coheres to the statement. Nonetheless, I must ask myself, “who are we waiting for?”. As if the whole scene is there for the protagonist to return. Yet the question is, who is this main character?

The desert-like environment, the bus stop, or the voice of the statement on the billboard?

Could I be the main protagonist?

Sit at a bus stop on a lonely desert.

Knowing little if the bus will come, or where it will take me to.

The sun’s heat soothes my body, thoughts begin to wander.

Am I ready to return?

I continue to gaze. Perhaps, the statement “WHEN WILL YOU RETURN” embodies a symbolic hum emanating from desolate dwellings. As though Postolle’s abandoned environment invites reflection on the continuum of dislocation and constant population movements in search for (better) homes.

Where the bus stop accommodates contemplation. The in-between, where one could have come from and where one has gone.

However, when we met for a cup of coffee, the wanderings experienced within Postolle’s installation came into the conversation. After inviting Sara to share about the process of Soon, I was delighted to learn that Sara’s personal experience is closely related to being a continual migrant. Sara Postolle was born in Poland but migrated frequently during her adolescence. It has become a statement within Sara’s artistic practice when asked about her background. As for the exhibition Soon, a specific timeframe has been taken from Postolle’s memories. That of having spent her youth in Dubai. Intimate jubilation of memories left behind in The United Emirates has come into being through Soon. Nevertheless, the recurring use of the bus stop stems from a specific space located in earlier childhood memories. Delving deeper together with Sara into her recollections, the dominant character that kept coming up was her grandmother. In particular, the location of Sara’s grandmother’s place. The departing point of the creation of the bus stop comes from an existent bus stop that has been standing in front of Sara’s grandmother’s house. To take an excerpt from Sara’s bachelor thesis:

“My grandmother lives in house number 17, and if you walk through the garden and out of the back gate of this house, you will find a footpath with red railings guarding off the four lane two way road. Roughly twenty meters ahead stands a bus stop, which dons the colours of white, green and yellow, and accepts a multitude of people to wait under its shelter as they embark on a journey of transit from destination to destination.” 2

While dwelling together with Sara through her creative process, we have touched upon a subject of child innocence. Sara exemplifies the value of the utilization of imagination and fantasy, which allows her to travel to realms detached from linear time or fixed locations. In doing so, Sara is able to incorporate varying pieces of her past into different contexts and environments. As a result, Soon has evolved into an environmental hybrid that the artist’s fantasy allowed to create. The bus stop’s symbolism becomes a point of narrative for Sara’s reminiscence of the past. As Sara herself said: “The bus stop is Sara Postolle and Sara Postolle is the bus stop”. My curiosity that was fixated on the statement “WHEN WILL YOU RETURN” crystallized into what an inner child, deep within us, is asking. Intuitively, using Soon as the exhibition title, Sara answers the question.

Having approached the exhibition Soon as an innocent observer and later meeting the artist, I have experienced varying layers of perception. The work’s independent narrative as well as the artist’s thorough story. While placing the two perspectives in relation to the installation, what has remained in my memory is the sincerity Sara revealed about the work. The work was revealed to me as a suggestive map of the artist’s lived experience. As of being a migrant myself, on the other hand, the observer’s narration allowed me to dwell into a contemplative mode of intimate feelings towards the longing of homecoming. 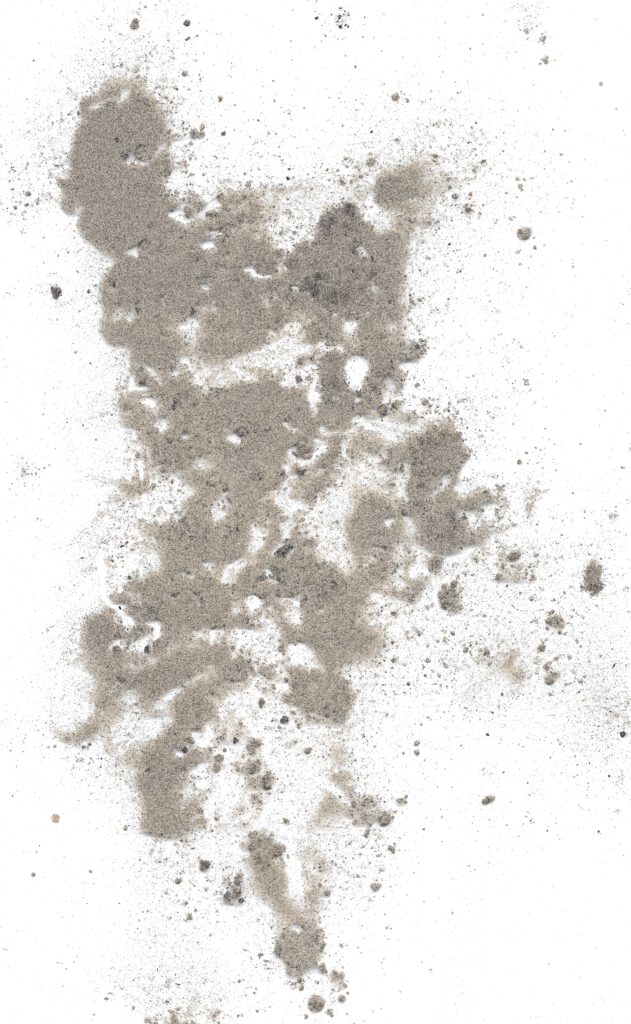