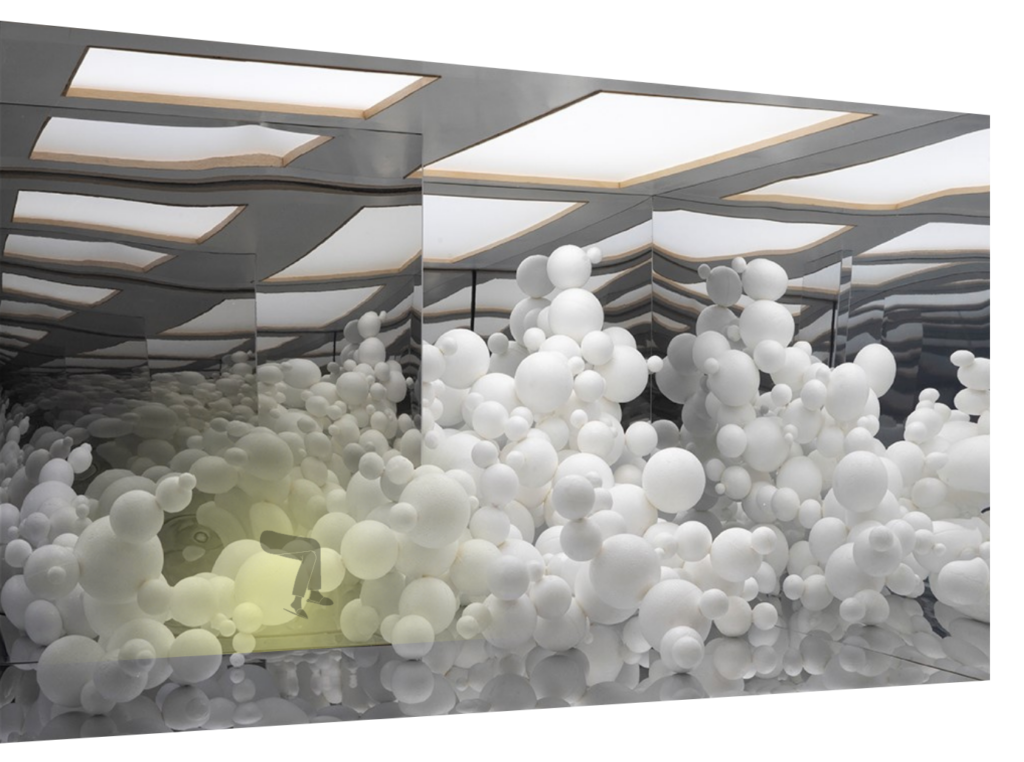 The critic: When I see myself, I imagine my eyes, glittering balls, touching your images and the stares of others. It’s highly confrontational. Discomforting. In a good way. But it is not good, I guess, if we do not address the elephant in the room. I mean the space that is our thoughts. The molecules I’m made of are the elements we made up.

First I learned to watch. I am a recipient. Not only do I make objects, they mold me into one. A lense, a point, a position, a very specific location in a field that I never entered with my all. Why can’t I start a fight in class if the ideas are making me angry? Why can’t I manipulate, provoke, aggravate others if I want others to have feelings alongside thought? What is the method of feeling… I don’t mind their affections, they feed me. It is the feeling that is the method. To meet you. It hurts me that people aspire to be so rounded off feeling like I am always on the outside trying to get us all in. Nothing happens, you would say.

The Recipient: It looks kind of fun. Pause It’s also nasty in a way.

The critic: I feel and hear it loud and clear, how we rub against each other as screeching styrofoam. Trying to find cracks we can scratch open with our fingers. Our hands. Bodies.

No, sorry, I don’t want clichés. We all have our parts to play. And mine is to see, doesn’t it? Not like receiving, but producing sight. I love to ask grand questions right away. Not to shy the others away or to show the vastness of a brain but to shake… vibrate. Bzz. Kgg. As I harvest text before I make my own. My own, ha! Don’t we hate postmodernist arrogance, don’t we? Don’t we?

Do you ever feel afraid of what is to happen to the separate pieces you stirred loose from each other? Scratching the surface, yes. But what if we let it in? The pile of stones. They may look small like pebbles, just as when you gaze down at the English coast from a high point. The confusion is one of scale. It is a giant mountain made of enormous boulders and Sisiphus is gone.

The Curator: You should visit by night.

The Critic: He told me that I should visit you by night, but I already went. And when I saw myself as I struggled with my sight, the rules of division bent. SQUEAK. I rubbed my cheeks on the glass. With my eyelids I kissed the atoms.

The Artist: Go again to look at the pitcairn when it’s dark. She smiles generously That would be nice.

The Critic: I will – tonight still – but you confused me already. Look at me talking to myself.  Let me tell you what it is made of because she told me and I want to tell you. The confusion is all mine. I focussed too much. As if I was just an observer, a mere individual. Oh, but how I do like the idea of dreaming of how it would be like to go ‘inside’. I hope you let me start over. How can we create something that surprises us?  Pause What is this cloud made of?

The Artist: The infinite cloud is the miracle of life. I am interested in floating states, the break-up of solidly conjoined structures.

The Recipient: It looks cancerous. You see that cluster at the end. Where does it go? I feel icky by the idea of touching it. Nasty, I tell you.

The Critic:  I believe it would not even let me touch it. Makes me sad. Isolated. I got frustrated but it is because I got scared. It invites the mind and if you’re not careful you will leave before the body starts joining. Pause Do you think an inner cloud can be shared with others?

Now the Artist tries to physically integrate the Critic into her image.

The Critic: Meaning making and molecules, the outside is your thoughtful terming, the inside is the nourishing matter of affection and desire. Take a look inside – at night. Feast.